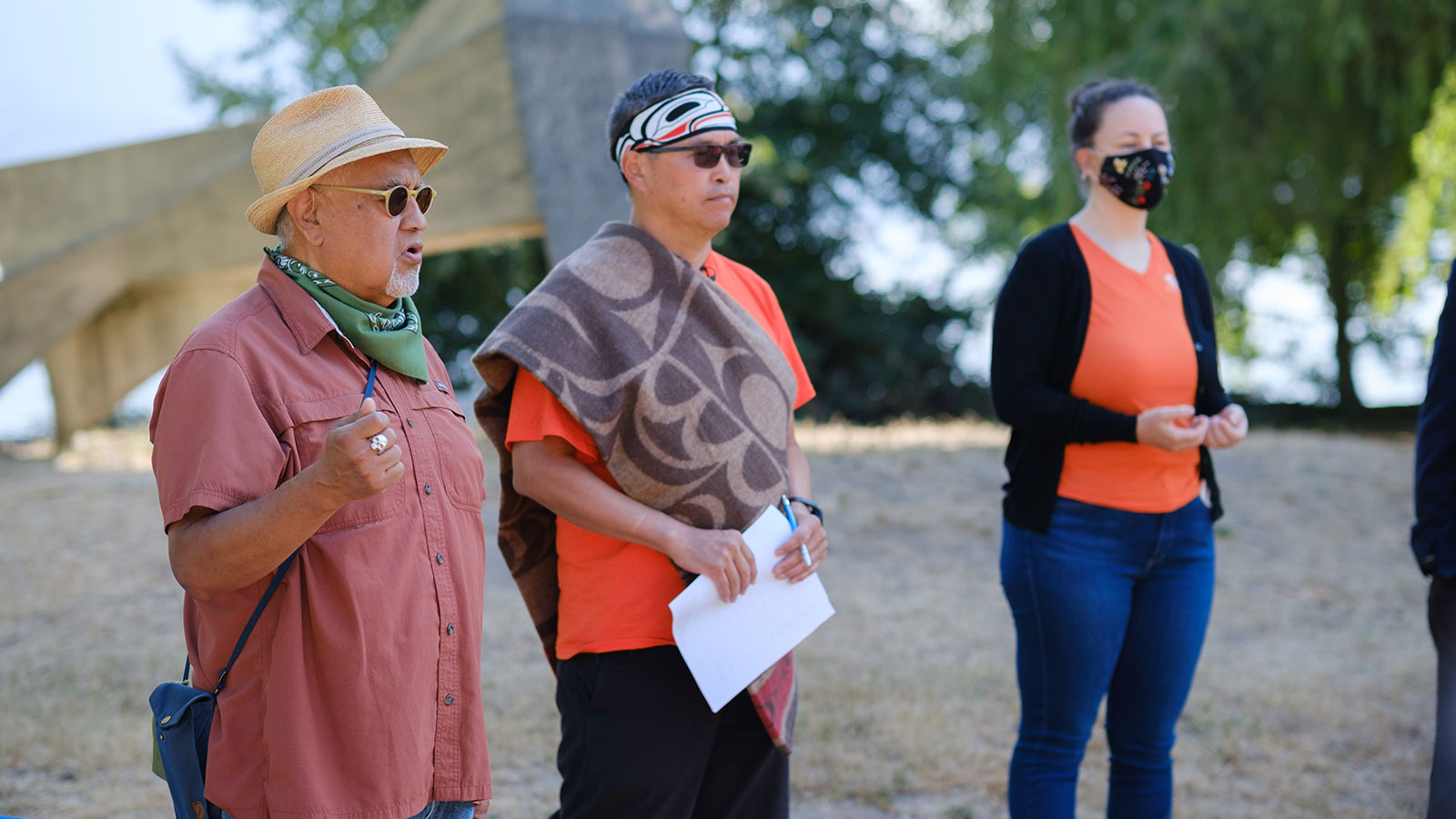 As a health profession regulator, COTBC recognizes that over 100 years of abuse of Indigenous children in residential schools in Canada has caused deep vulnerabilities in social determinants of health for Indigenous peoples today.

On July 27, 2021, registrars from 11 Health Regulatory Colleges in B.C., including the College of Occupational Therapists of BC, gathered with an Indigenous leader, knowledge carrier and witnesses to sign a Joint Statement of Apology and Commitments to Action in response to the In Plain Sight report (PDF) at an intimate ceremony at Spanish Banks in Vancouver on the unceded, ancestral, traditional territories of the Musqueam, Squamish, and Tsleil-Waututh peoples.

You can read the Joint Apology and Commitments to Action in full online but here are a few excerpts:

“As the leaders of health regulatory colleges in British Columbia that govern more than 21,000 health professionals, we respectfully and humbly apologize to Indigenous peoples (First Nations, Métis, and Inuit), communities and registrants of our respective Colleges who have experienced and suffered from racism while engaging with our organizations or with the health professionals we regulate.”

“We recognize that several months have passed since the In Plain Sight report was first published. Our communication comes now with the benefit of cumulative and collective learning to be intentional and self-reflective on our personal and systemic biases that are preventing Indigenous peoples from accessing and receiving safe health care services.”

The ceremony where the Joint Statement was signed was informed by Indigenous culture. For example, the ceremony location included an anchor sculpture as a symbol of the signatory Colleges being grounded in this important moment of commitment; and a mountain with a human form in the distance was the official witness of the ceremony.

To get a sense of the ceremony, a short (60-second) video was created that you can watch below or on YouTube.

We hope that this apology and commitment to action can be the start of a new journey to restore our relationship and enable collaborative work toward continued reconciliation and healing.

Registrants, please review the College’s progress on the commitment to Indigenous cultural safety and humility.